My Dead and Imaginary Friends 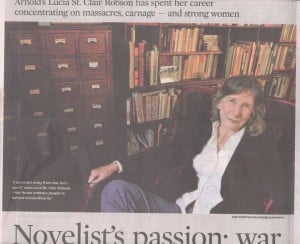 In the thirty-six years I’ve been writing, I’ve acquired a fractious pack of rascally friends, both dead and imaginary.  Which explains why this is my all-time favorite cartoon. 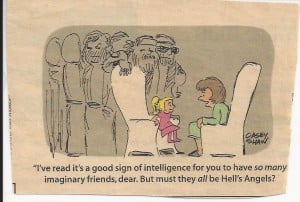 Robert Bloch once wrote, “I roll a piece of paper into the typewriter, load it with words, and the words kill people.”   I’m a pacifistic person, but I write often about war, maybe because it brings out not only the worst in people, but also the best.
Samuel E. Chamberlain is an example of that.  I made Sam’s acquaintance while writing Fearless, a novel set during the war with Mexico.  At age seventeen Sam participated in the battle of Buena Vista.  As he described it later, “Their Cavalry… some six thousand cavaliers… advanced towards us as if they would ride down our little band and finish the battle at one blow.”
Sam was half hero, half scoundrel, half Don Juan, and a helluva writer.  In later years he penned and illustrated the most vivid, detailed, and entertaining memoir I’ve ever read.  And I’ve read more than a few.
He titled it My Confession: The Recollections of a Rogue.  He was right about the “Rogue” part.  After the war he joined the infamous gang of scalp hunters led by John Joel Glanton.
What brought Sam to my attention was his drawing of Sarah Bowman, the heroine of Fearless.  It’s the only depiction of her I was able to find. 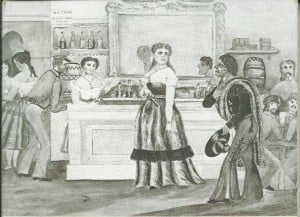 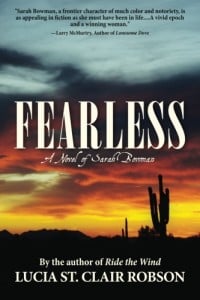