On the Road Again

On the Road Again 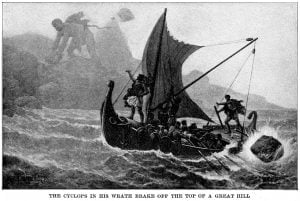 The human itch to hit the road goes way back.  Much has been written about journeys, starting with the epic poem, the Odyssey. Attributed to the Greek poet Homer, it was composed almost 3,000 years ago.  It tells the story of Odysseus’ harrowing ten-year journey, mostly by ship, to reach Ithaca after the Trojan War. 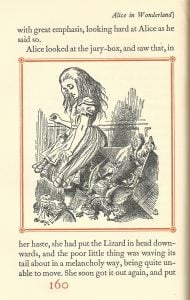 I was barely old enough to read when my mother signed me up for a book-of-the-month club of children’s classics.  The book plates came later, when I had learned to write my name in cursive.  I still have many of those book-club novels, like Alice’s Adventures in Wonderland with illustrations by Tenniel. 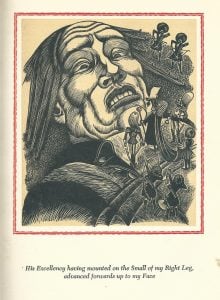 With its outrageously imaginative plot, characters, and fabulous wood- engraved illustrations, Gulliver’s Travels was another favorite of those classics.  I added “Lilliputian” and “Brobdingnagian” to my “See Spot run.  Run, Spot, run” vocabulary. 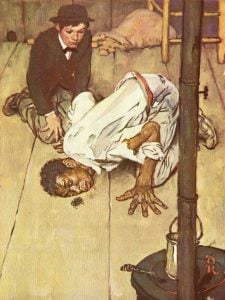 This painting of Huckleberry Finn and Jim was done by Norman Rockwell.  My very favorite choice from those old book club selections was The Adventures of Huckleberry Finn.
The best of the on-the-road books show inner growth on the part of the traveler.  Twain’s book is a perfect example of what’s now called the “transformational journey.”
I grew up in the segregated South.  I was fortunate to have parents who condemned it for the bigotry and injustice it was, but even as a kid I knew instinctively it was wrong.  I think that’s why Huck Finn’s evolving friendship with the escaped slave, Jim, appealed not only as an entertaining story but as a much deeper tale of right, wrong and basic humanity. 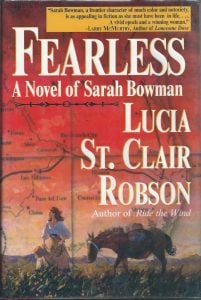 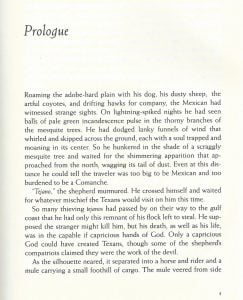 Here’s the prologue to Fearless, my novel about Sarah Bowman who was said to be six feet tall at a time when the average U.S. Army dragoon stood five feet, seven inches.  In this scene Sarah had arrived in Texas from Florida, where she had recently been with Zachary Taylor’s army during the Second Seminole War of 1836 – 1842.   People go on journeys for a variety of reasons, but at least one of those motives is often adventure.   Sarah Bowman had many of those. 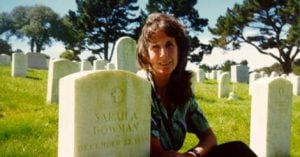 In 1846, Sarah ended up crossing most of the continent by ship, horse, and mule, on her way from Florida to her final home in Yuma, Arizona. Even after her death and burial at Fort Yuma, her bones continued to roam.
This is from the Author’s Notes at the end of Fearless.  “In 1890, when all the bones in the Fort Yuma cemetery were disinterred for removal, hers were said to be the largest.  They now rest in the military cemetery at the Presidio near San Francisco”
I visited Sarah there, and was pleased to see that her hillside grave still keeps company with the solders she cared for.  It also has an awesome, sweeping view of San Francisco Bay. 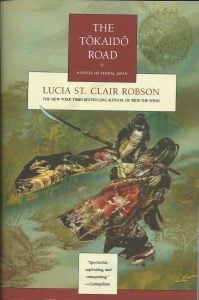 My novel of a transformational journey is the result, in a way with my own year’s residence in Japan.  While living there I traveled all over the country, often taking the local trains that ran along the eastern coast, following the route of the old Tokaido Road.   Many of the towns on the route have the names of the old check-points from the Shogunate period.
This was not the new Bullet Train, the Shinkansen, that sped through tunnels drilled into the mountains father west.  I rode what we would call a milk-run, filled to capacity with families, young people and old, and farmers with produce. 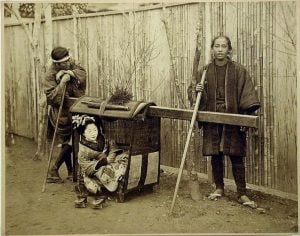 The train had no air-conditioning and it was hot in the summer.  But though it seemed to slow to a crawl when going through villages, it was much speedier and more comfortable than the earlier form of transportation, the kago.

For its time, though, the kago was less exhausting than the other mode of getting from one place to anotherl, walking.  In spite of perils and hardships, the Tokaido Road in 1702 teemed with travelers from all walks of life… literally and figuratively. 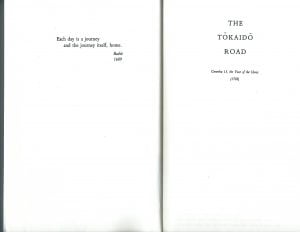 Basho, perhaps Japan’s most famous poet, inspired this article.  Basho lived from 1644 to 1694, so he was a contemporary of my story’s fictional heroine, Cat.  His words are an introduction to The Tokaido Road, a tale of revenge, peril, honor, and love.

I’ll end with the final words in Doomfarers of Coramonde, the first book my guy, Brian Daley, wrote when he was in his twenties.

“He hoisted his stein to the wide world.  Adventure!”