What’s So Funny? (Part One) 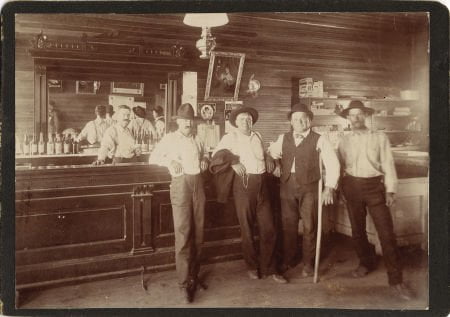 When writing of times long past, I always wonder what people found funny. What insults did they use and what invective? What jokes did they tell in taverns and saloons? After finishing a novel set in one era I shift the source materials to another room to make space for the next batch. The humor books, however, stay in place. 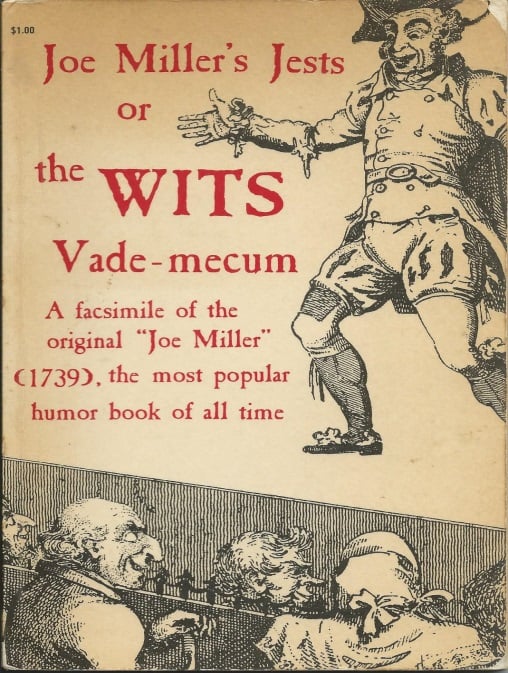 The cover on this edition of Joe Miller’s jests, re-published in 1963, claims it’s a facsimile of “the most popular humor book of all time.” At least until 1739.

The humor of Joe Miller’s jokes is often lost on us today, but I did happen upon this very timely one just now.

Then there’s this gem: 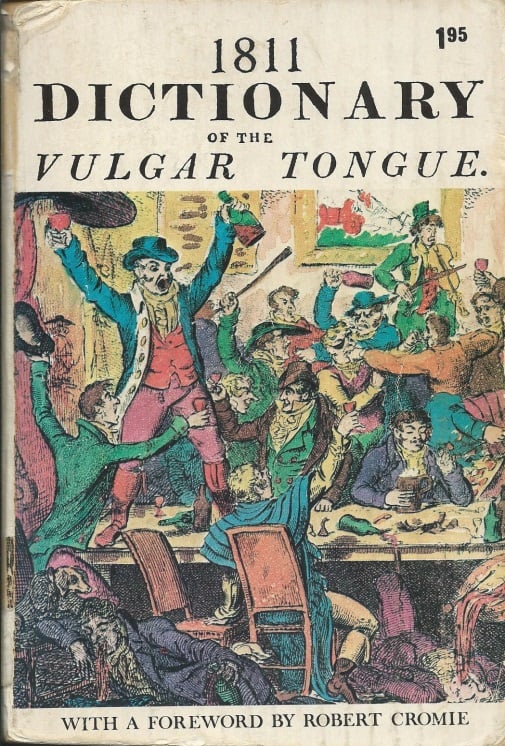 My all-time favorite and most-often-consulted source of humor and forgotten slang is the 1811 Dictionary of the Vulgar Tongue.

I almost jumped up and shouted “Huzzah!” in the movie theater when I heard a line from it used as dialogue in Gangs of New York. The story was set in the 1860’s and starred Daniel Day Lewis. It proved the screen-writer had done due diligence. 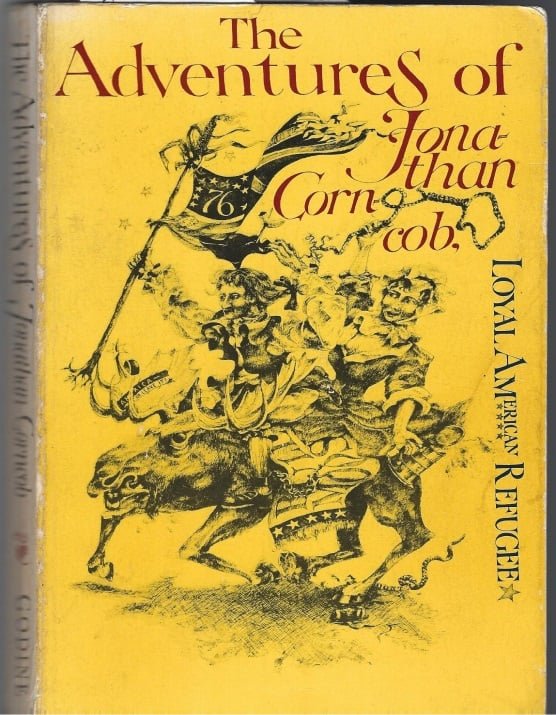 Another book that has me guffawing whenever I open it is The Adventures of Jonathan Corncob: Loyal American Refugee.

Jonathan’s adventures were published anonymously, but the book is believed to have been written by a British officer in 1787. One reason for that supposition is that the British referred to Americans as “Jonathans.” And corncobs were used in the privies instead of non-existent toilet paper.
Researching Shadow Patriots reminded me that 250 years ago people were not as modest and demure as I once had assumed, and their humor is often bawdy. 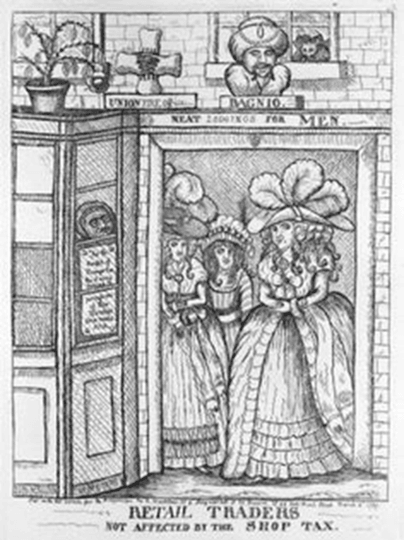 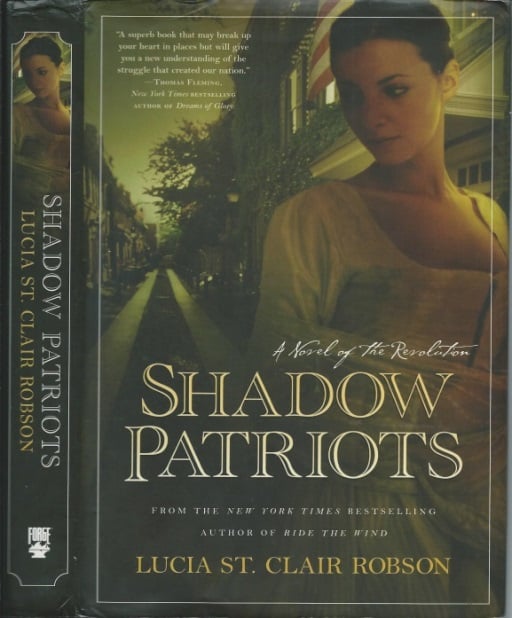 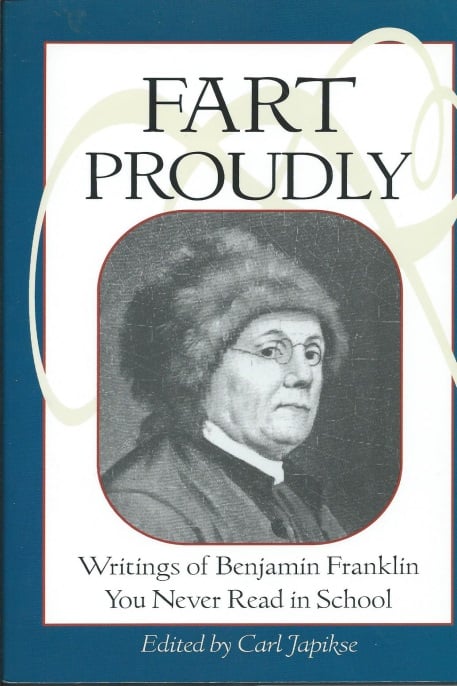 “…in all your Amours you should prefer old Women to young ones,” he advises. He then lists eight reasons, such as “…when women cease to be handsome, they study to be good.”

The eighth reason is, “They are so grateful.”

My copy of Private Yankee Doodle is in poor condition, but I treasure it. 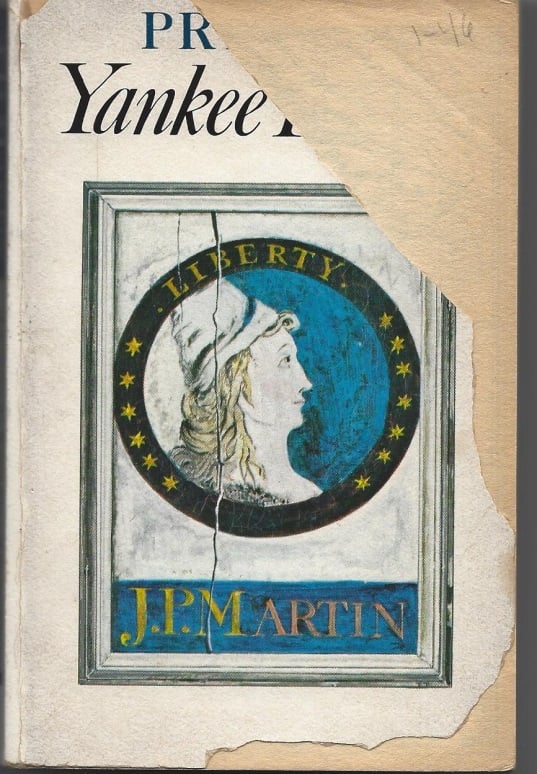 It’s the detailed, often funny, memoir of Joseph Plum Martin who joined the American army when he was thirteen. It was originally published in 1830 as A Narrative of Some of the Adventures, Dangers and Sufferings of a Revolutionary Soldier, Interspersed with Anecdotes of Incidents that Occurred Within His Own Observation.
He wrote a poem for the first page of each chapter. Here’s the one found at Chapter Two: The Campaign of 1776:
At Uncle Joe’s I liv’d at ease;
Had cider and good bread and cheese;
But while I stay’d at Uncle Sam’s
I’d naught to eat but “faith and clams.”

Here’s Joseph Martin’s poem that resonates most with me. I quoted it in Shadow Patriot:
When troubles fall within your dish,
And things don’t tally with your wish:
It’s just as well to laugh as cry —-
To sing and joke, as moan and sigh —
For a pound of sorrow never yet
Cancel’d a single ounce of debt.