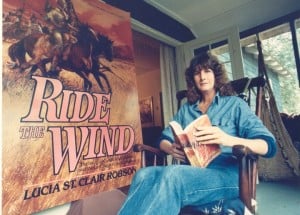 Lucia and Ride The Wind Cover

A geographically-challenged New York editor claimed in a biographical sketch that I was born in the Everglades area. Not so. I ordered my first alligator appetizer from a lite-fare menu in my hometown of West Palm Beach. The second time I tried alligator was at the Desert Inn in Yeehaw Junction. I’ve been eating at the Desert since I was a kid, and it hasn’t changed. The management there still occasionally drops rubber spiders on fishing line from the rafters onto your plate, and a pantsless male mannequin occupies a stall in the women’s lav. The guy sitting next to me at the counter asked how the gatorburger tasted. I said it tasted like iguana. “Oh,” he replied. “I know what that tastes like.” He did too. That’s the kind of place it is. 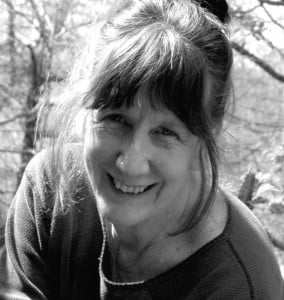 What wasn’t mentioned in the bio was that I have a couple tattoos and a machete scar. I had the second tattoo done so my eighty-two-year-old mother wouldn’t have to get her first one by herself. A nun gave me the machete scar in the jungle of the Orinoco delta. She was wearing chinos under her habit and a straw cowboy hat perched on top of her wimple. After she nailed me (accidentally) with the machete I started calling her the Swinging Nun.

I did grow up in South Florida. I lived close enough to the Everglades to smell smoke from the muck fires in dry months, but far enough away not to suffer any alligator bites except in my father’s pet store. In 1964, after graduating from the University of Florida, I joined the Peace Corps. 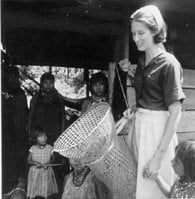 Lucia in the Peace Corps

When I returned from Venezuela two years later I had doubled the number of languages I could swear in, and I brought back a medical record that entertained the doctors. They were especially amused by the nun-inflicted machete scar, the lung fungus from a cave inhabited by guacharo birds (I’m not making this up), and three varieties of intestinal parasites.

Doctors said the parasites preferred a hot climate, so I moved to Brooklyn to work on a degree in education. I lived in an attic and taught fourth grade in a neighborhood that should have qualified me for battle pay. In Brooklyn I discovered that I preferred a hot climate as much as the parasites did. After fulfilling a lifelong ambition to lie in the snow, flap my arms and make a snow angel, I moved back south.

I married my college sweetheart who was in the army. My future as a military wife looked unpromising when I came home from the first officers’ wives’ luncheon and threw up in the driveway. But the travel of army life agreed with me more than the cheap sherry at its luncheons. 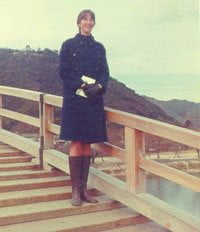 When my husband went to Vietnam, I moved to Japan. I lived in a tea house in a garden with a carp pond and lovely red land crabs that tried to crawl into the futon with me. A house with paper walls is hard to heat in February, so I spent the afternoons at a low boil in the public bath across the street. With my neighbors, I watched “Bowling for Dollars” dubbed in Japanese on the wall-mounted TV. While making small talk there I mastered useful phrases like, “O-furo-wa totemo atsui desu. The bath is awfully hot,” and “Hai, ashi-ga nagai desu. Yes, I have long legs.”

From there I moved to Columbia, South Carolina, then to Fort Huachuca, Arizona, the home of the Army Signal Corps. I thought I would hate the desert, but in Arizona I began to appreciate the west. Even though Arizona lacks an ocean, it has a helluva beach. I camped in places like Lost White Woman Gulch and Skeleton Canyon where Geronimo surrendered. I had no way of knowing how important those camping trips would become when I wrote about the Apache Wars twenty-six years later.

From Arizona I went to Tallahassee, Florida, to earn a Masters in Library Science at Florida State. As a librarian I learned one of life’s great truths: you don’t have to know all the answers, you just have to know where to find them. I took a position in a public library in Maryland. Part of my job was to give book-related programs in the local schools. 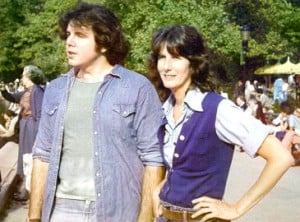 With Brian in Central Park in 1979
Photo Credit: Kathy Burke

While gathering material for those talks, I ran across the story of Cynthia Ann Parker’s life with the Comanche. “Here,” I told the kids, “Is a more fascinating story than anyone could make up.”

Shortly after that I went to a science fiction convention and met Brian Daley whose third novel, Han Solo at Star’s End, had just been published by Del Rey Books. I mentioned Cynthia Ann’s story to Brian and his editor. The editor passed me along to Pamela Strickler of Ballantine. 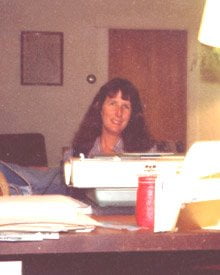 Lucia at her typewriter in 1980 writing “Ride the Wind”

She advised me to, “Write the best story you can, from the heart, to please yourself.” Two and a half years later, in 1982, Ballantine published Ride the Wind which made the New York Times and the Washington Post best sellers lists.

I fired my day job.

See All Of Lucia’s Books