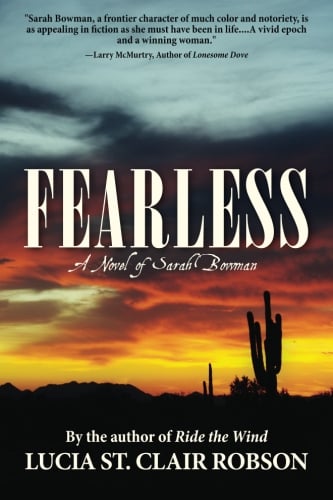 Riding tall against the Texas sky, Sarah Bowman was a force of nature all her own. A strong-willed woman, she participated in the Florida campaign against the Seminoles, later marrying a man who admired her boundless spirit.

Then, in 1845, as the United States prepared for war with Mexico, Sarah signed on as a laundress and cook with General Zachary “Old Rough and Ready” Taylor’s army in Corpus Christi. Before the war even began, though, her husband was killed. But going home was out of the question. She considered the army her home and its soldiers her family.

While battle raged around her, Sarah became a familiar figure through the haze of exploding gunpowder, riding among the flames to retrieve the wounded. And eventually, she would find love again where she least expected it. . . .

Sarah Bowman, aka The Great Western, was so tall you had to hug her in installments.  People said she had enough sand for a lakefront.  In 1845 she came to Corpus Christi, Texas, to work as a laundress for the army that Zachary Taylor had assembled to invade Mexico.

“Sarah Bowman, a frontier character of much color and notoriety, is as appealing in fictions as she must have been in life… a vivid epoch and a winning woman.”

“Highly realistic historical fiction, filled with strongly focused characters and glowing with phosphorescent detail… more richly detailed historical fiction from an author who writes only what she absolutely wants to – and has a good time doing it.”

Sarah’s bones were the largest ones disinterred from the military cemetery at Fort Yuma, Arizona. She is now buried at the Presidio at San Francisco with a view of the Golden gate Bridge. 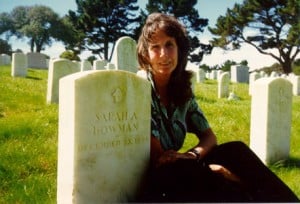