A Yankee Doodle Macaroni and the First Fourth of July

Why would an 18th-century citizen call a feather macaroni?  Here’s the answer:

After touring Europe, young men of means would return home wearing the exaggerated fashions they saw there, particularly in Italy.  Since macaroni was about the only Italian word folks back home knew, they used the word to label the style and those who wore it.  Some of the wigs were so tall their wearers had to use their walking sticks to tip their hats.
Once one of those elaborate wigs was in place, its owner left it there, often for months.  And because wig makers powdered their creations with flour, wildlife sometimes took up residence in them.   Here’s how I imagined it in Shadow Patriots:

Ned’s scalp must have sprung an itch.  He poked into the wig with an ivory scratcher in the shape of a monkey’s claw.  He disturbed a mouse who emerged, whiskers quivering.  Lizzie coughed to cover her laughter.
The mouse surveyed the room, then disappeared back into the curls.  Ned probably wore the wig, waking and sleeping, for months.  Except for the scratching stick and Ned’s sneezing, the mouse could live unmolested, feasting on flour.  Kate wondered if it was raising a family in there.

There are various explanations of the origin of the song “Yankee Doodle.”   I went with this one.  This is how New Yorkers celebrated that first fourth of July… on the ninth day of the month.   And by the way, I was delighted to discover that a colorful character named Hercules Mulligan lived in New York City. 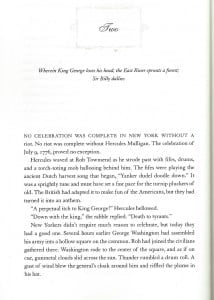 I started the story of the shadow patriots known as the Culpers thinking I knew a lot about the American Revolution.  I was wrong.   Researching the details of that complex and tumultuous time kept me entertained every day.  The courage our ancestors displayed make me hope I could summon a fraction of their courage in the face of such peril. 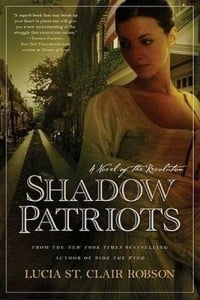