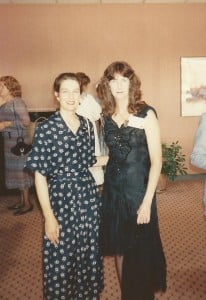 My editor, Pam Strickler, and I at a WWA conference

In 1983 I attended my first Western Writers of America conference in Amarillo Texas.  My Ballantine editor came with me because WWA had awarded Ride the Wind the Spur Award for best Long Historical Novel of 1982.  I had a wonderful time in Amarillo and met people who would be friends for the next thirty-three years.
They have a saying in Texas: “No Texan goes to Oklahoma unless the law is after him,” but I’m not a Texan.  I rented a car and drove north from Amarillo to do research for the second work-in-progress about Tiana Rogers and her people.  Tiana’s story would become Walk in My Soul.  To save money I took along my pup tent and camped out each night in state and municipal parks. 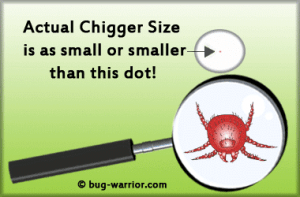 Here’s the laughable catch.  When I arrived back in Amarillo I had acquired itchy red marks on wrists, ankles, and around the belt line.  Having grown up in South Florida I knew I had made the acquaintance of the western kinfolk of my old nemeses, chiggers.  I’ve since learned that chiggers don’t burrow into a person’s skin, as is commonly believed.  They insert their mouth-parts into pores or hair follicles and inject digestive enzymes.  The bites create small, red welts that cause an itching as intense as poison sumac or poison ivy.
WWA members suggested methods of dealing with the problem.  My favorite is this one delivered deadpan.  “Pour whiskey on the chiggers, then rub sand on them.  The critters will get drunk and throw rocks at each other.”
As I accepted the Spur for Ride the Wind, I was trying not to scratch or fidget, and smiling inside at the image of drunken, rock-flinging chiggers. 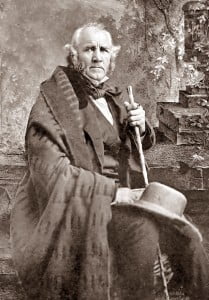 Houston has been described as “Grand, gloomy, and peculiar”

Walk in My Soul is the story of the Cherokee Beloved Woman, Tiana Rogers and her relationship with Sam Houston.  Did I put my multi-legged friends into the story?  I think I had Sam Houston fall prey to them, but can’t find which page.  My lack of memory in not so surprising.  SOUL is the longest novel I’ve written, and I haven’t re-read it, front to back, since 1985. 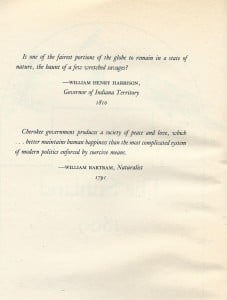 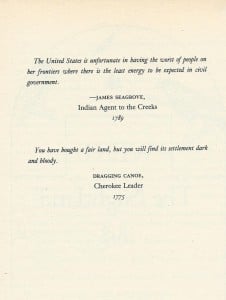 The novel is divided into two sections, Tennessee in 1809 and Arkansas and Oklahoma after 1818.  East and West were called by the Cherokee Sun Land and Night Land.   Another reason why the forced removal from their eastern homeland was so terrible is explained by ethnologist James Mooney.  According to Mooney’s Cherokee informants, going to the West, or the Night Land, means an enemy has gotten hold of your soul and buried it in the West.  It doesn’t necessarily mean instant death.  One may live without his or her soul for a while, but eventually will pine away and die.  To them the West represented death. 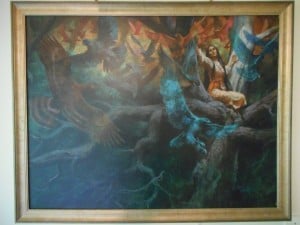 Some have criticized the cover painting of Walk in My Soul because of Tiana’s buckskin dress.  That wasn’t the customary clothing of the Cherokee, and certainly not in the East.  But as my writer-guy Brian used to say, “Some little children don’t have book covers to complain about,” and Tom Hall created a beautiful work of art.  He illustrated the scene of Tiana and her (fictional) spirit guides, hawks, on their annual migration in the thousands along the eastern part of the country.  In good light, the hawks take on an ethereal, three-dimensional quality.   (Please excuse the blur caused by the camera flash). 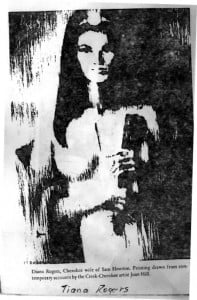 The above image of Tiana  isn’t likely to be accurate either, but it was painted by a Creek-Cherokee artist, based on contemporary descriptions.  There does seem to be agreement that Gighau, Beloved Woman, was beautiful. 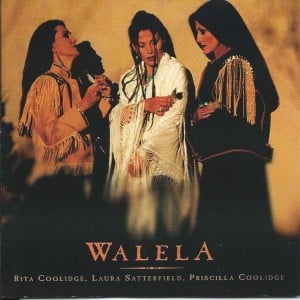 Easy to believe Tiana was beautiful when looking at Rita Coolidge and her sisters, Laura and Priscilla.
Here’s a cut from their album Walela.  I chose this one because it was what the Cherokees sang, in their own language, while walking those hundreds of miles in wintertime.  The “Trail Where They Cried,” stretched from Tennessee’s Hiwassee River to Oklahoma.  https://www.youtube.com/watch?v=QqkpYgvIBtU
Here’s one more cut from that album:  https://www.youtube.com/watch?v=YhcgX1VHsgk .