Coincidence? You Be the Judge

Several years ago I decided to stop at the McDonald’s in the Annapolis  district called Parole (a name which, given the resulting Devilish plot line, is a coincidence in itself).  As I was savoring the egg-and-cheese McMuffin, two guys got into an argument at the counter.  The dispute was about to get physical when a very large, very fit African-American in tight jeans and a black t-shirt told them to take it outside.  The two of them stared up at him for half a heartbeat, then hustled for the door.
The jeans-and-black t-shirt turned and followed them.  As he passed my table I saw what was printed in large white letters on the black t-shirt:  UNDERCOVER COP.  (Sorry… I couldn’t find a t-shirt model with the awesome set of pecs that guy had.) 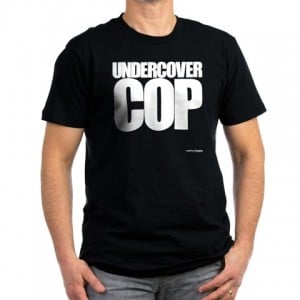 I was puzzled.  He had the look of a law enforcement officer, but the shirt raised questions.   The characters in Devilish thought so too.  (From Chapter Four: “Undercover Cop”) 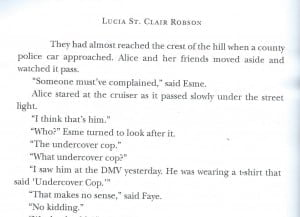 When I tell this story, people who know me have asked, “You were eating in McDonald’s?”  Okay… I stop in maybe two or three times a year.

The real questions are:  1)  How often in the history of this or any McDonald’s has a guy in an Undercover Cop t-shirt broken up a fight?  and most important:
2)  The confrontation took place in less than five minutes.  Could someone please tell me the odds of my being present at an Undercover-Cop-t-shirt-three-minute- face-off out of a twenty-four-hour, 365-day period?

As the not-so-Undercover Cop walked past my table I thanked him.  He said, “No problem.”  Only recently have I realized he was the inspiration for the police detective, Nathan. 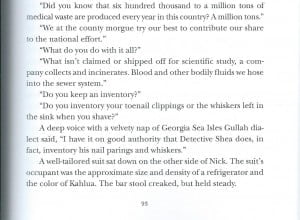 This excerpt above is from Chapter Eighteen: Spare Parts.  The chapter quote, by Anonymous, is: “A little necrophilia never killed anyone.”   So you can guess what kind of Spare Parts they’re talking about.

A friend sent me an Undercover Cop t-shirt, but I’m faced with the same dilemma raised in Devilish.  A member of law enforcement or not, where does one wear a t-shirt like this?

I’d wear it to book signings, but since Devilish is available mostly on-line, I don’t have any of those.   It also can be found for sale at the Arnold Professional Pharmacy in the Arnold Shopping Center, coincidentally located in Arnold, MD.  See the above photo of some of the Arnold professional Pharmacy staff members.  They’re wonderful about supporting local writers, and keep a spinner of books on the counter.
If you’d like to have a signed copy of Devilish, you can let me know at looshr@aol.com .  Or if you buy it at the Arnold Pharmacy, leave it with them with instructions for the inscription and I’ll sign it there. 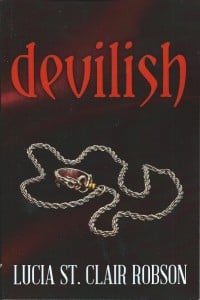