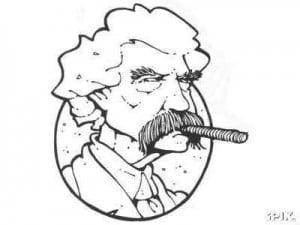 “Irreverence is the champion of liberty and its only sure defense.”

American history is taught in our schools.  Historical sound bites are repeated on Washington’s birthday, Lincoln’s birthday, the Fourth of July, and Thanksgiving. Like most Americans, I thought I knew about our country’s dignified, high-minded past.  Research the Culper Ring, the brave individuals who spied for George Washington, changed that misperception.  In following up on their story for Shadow Patriots I discovered that my knowledge of American history was like a stone skipping across the dark waters of a deep  pond.  There was whole lot going on out of sight of the stone-skipper. 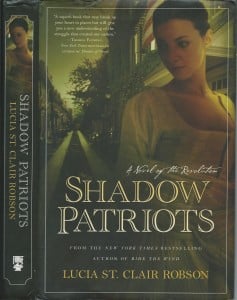 Some of the many unexpected questions that Shadow Patriots answers are as follows.  I won’t answer all of them so as not to spoil the fun of finding them in the book. 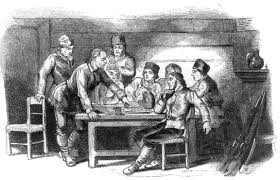 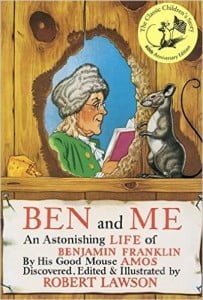 2)  Why did some of our Founding Fathers and Mothers sleep with their heads in cages?  Hint: They powdered their wigs with flour and once those elaborate creations were in place they wore them night and day for months.   Put that together with Amos the mouse who, in my all-time favorite kids’ book, lived in Benjamin Franklin’s fur cap.  (p.174 of Shadow Patriots: Stork poked into his wig with an ivory scratcher. He disturbed a mouse who emerged, whiskers quivering.  Lizzie coughed to cover her laughter.”) 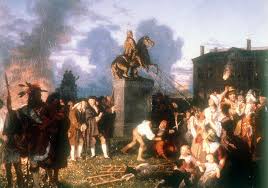 3)  Where did King George’s head end up after a patriotic mob used axes to knock it off his lead statue?  The body parts were melted into bullets, and the head buried.  British soldiers staged a daring raid and dug it up, whereafter it circulated among loyalist households as an example of the ingratitude of the Jonathans.  I pictured King George’s head sitting on the settee in some Tory’s parlour and looking gloomy. 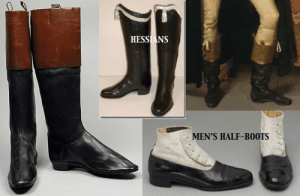 4)  Why were Nathan Hale’s shoes and the British officer, Major Andre’s boots the death of them?  Nathan Hale was a Latin teacher.  He wrote the intelligence he had gathered in Latin and hid the paper in his shoe.  He was on his way to report to General Washington when he was stopped and the information discovered.  As for Andre, he did much the same thing, but he might have gotten away with it if he hadn’t polished them to a high gloss shine. Why did that make a difference?  The rest of the story is in Chapter 39. 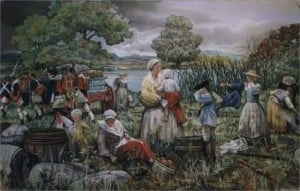 5)  What were “Wives in watercolor?” Another term for some camp followers.  The most famous was General Howe’s mistress, nicknamed The Sultana.  Her real name was Elizabeth Loring and she distracted the general time and again, to the advantage of Washington’s army.  A ditty about her went like this:  “Sir William, he, snug as a flea, lay all this time a-snoring, nor dream’d of harm as he lay warm in bed with Mrs. Loring.”

As for the rest of them, there’s this description on p.114 of Shadow Patriots:  “Some of the women had already bored a hole in a cask of Barbados rum in one of the wagons.  They had drained it off into tankards, flasks, and canteens, hats, boots, and at least one chamber pot.  Primed by spirits they laughed and chattered and gave of a polecat aroma too powerful for the clouds of smoke from their corncob pipes to mask.” 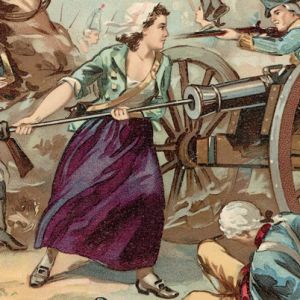 6)   What was Molly Pitcher’s other nickname? Several women who carried water to the American soldiers in battle were called Molly Pitcher.  The most famous one, however, is described by contemporaries as looking nothing like the above painting.  Her real name was Mary Ludwig Hayes, and in chapter 12 “She reminded Benjamin of a farm cart draped with laundry.”  In later years she took to drink and officers on Washington’s staff referred to her as “Dirty Kate.”  (I don’t make this stuff up). 7)  What made a bankrupt, newly-arrived corset maker famous?  His 47-page pamphlet sold more than 500,000 copies, an extraordinary feat considering the sparse population and low literacy rate.  Hint: “These are the times that try men’s souls.” 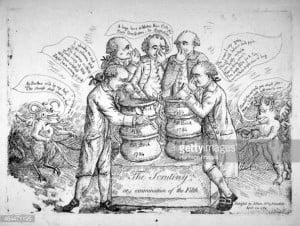 8)  Finally:  just what is Sir-Reverence?   Here’s what the Vulgar Dictionary says:  “Human excrement.  A t–d.” 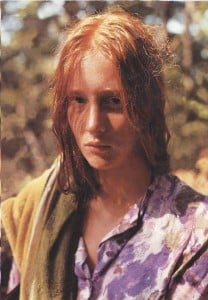 And this is what I imagine Kate, the heroine of Shadow Patriots looks like.  This photo has been on my bulletin board ever since I started writing Shadow Patriots.  Just FYI.