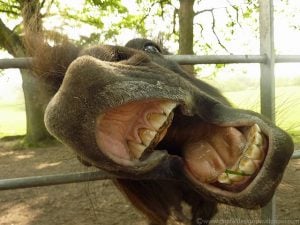 With monstrous head and sickening cry.
and ears like errant wings,
The Devil’s walking parody on all
four-footed things.
G.K. Chesterton (1874- 1936)

I have no idea how many characters, real and fictional, I’ve met in thirty-seven years of historical research.  For all I know, my dead and imaginary friends may number in the hundreds.  Many of them, like Sarah Bowman, aka The Great Western, were admirable.  She and others who made an impression on history were also possibly likeable.  I say “possibly” because we can’t know for sure how they behaved in person. 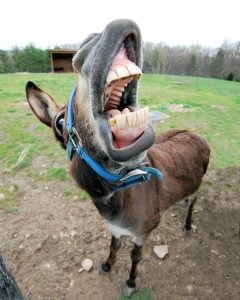 Out of that crowd of real and imaginary friends, I have decided Jake is the “character” I’m most fond of.  As a fictional mule, he’s neither real nor human, but he is a character.  He reminds me of G. K. Chesterton’s quote at the beginning of this piece.  Chesterton was writing about donkeys, and one of those along with a female horse, was responsible for Jake the mule. 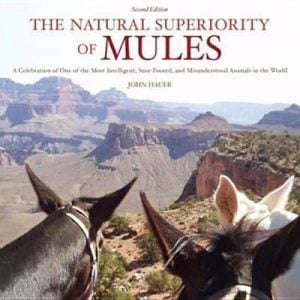 The offspring of jacks and mares have a reputation for being… well… stubborn as a mule.  However, to the question, “Aren’t they stubborn?” John Hauer wrote in his book, The Natural Superiority of Mules, that the answer depends on one’s definition of stubborn.  Hauer says, “If you mean ‘Do they have minds of their own and do they think for themselves?’ the answer is yes.  If you mean, ‘Are they unreasonably obstinate?’ then the answer for most mules is no.”  (I notice Mr. Hauer did hedge his bet with “most.”)

But why breed a horse and a donkey in the first place?  Harry S. Truman explained it this way:  “My favorite animal is the mule.  He has more horse sense than a horse.  He knows when to stop eating – and he knows when to stop working.”   Hauer observes that mules have a more “business-like attitude than donkeys, but also “seem to possess something like a sense of humor.” 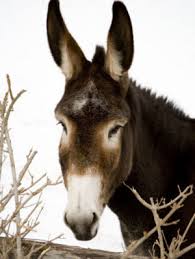 I imagine Jake as a handsome devil and he knows it.  Here’s my impression of him from Chapter Three.  “The mule was a knife-hipped individual with ears that operated like semaphores, signaling his thoughts with their twitches and angles.  He wore an expression that was part mad alchemist, part snake oil salesman, and part Christian martyr.” 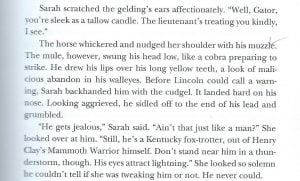 He was also possessive of Sarah.

If one can’t have the pleasure and privilege of spending time with mules, it’s good to have friends who do.  A Texas friend told me about his mule’s love of practical jokes.  The mule’s favorite joke was to come up behind someone, grab the ubiquitous Stetson brim in his teeth, and flip it over his own back.
My friend’s mule also had a taste for snakes.  FYI:  here’s a video of a mule (not my friend’s) going after a bull snake.  https://www.youtube.com/watch?v=c1sggy0XpTs 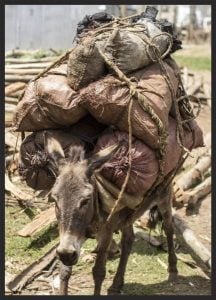 What inspired this paean to my favorite character out of all those about whom I’ve written was rediscovering a yellowed newspaper clipping in my files.  It’s a 1998 New York Times satirical opinion piece that asks, “What makes Southern literature Southern?”  The writer’s answer was, “You can tell it’s Southern if it has a dead mule in it.”  The writer goes on to elaborate.  “They die from asphyxiation, rabies, drowning, falling off cliffs.  They are hit by trains, worked to death, hanged, stabbed, shot, and in one Cormac McCarthy novel, decapitated by an irate opera singer.” 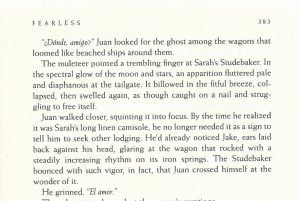 I’ve had to kill off a lot of characters over the years, many of whom I like.  But not to worry.  Jake does not die in Fearless.  In fact, he inhabits the last page, jealous to the last. 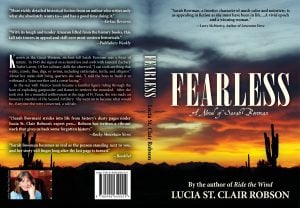