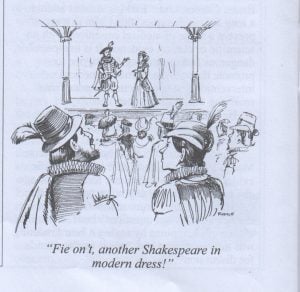 (Disclaimer: I won’t go into the question of whether Shakespeare wrote all those plays and poems or someone else did.  It doesn’t matter here.  Someone wrote them and did a helluva job.)
I appreciate the reverence accorded William Shakespeare, but also am amused by it.  The rowdy audiences of his time got the sexy references, but today his work is considered the epitome of refinement and culture by most people.   Hooray for life’s little ironies. 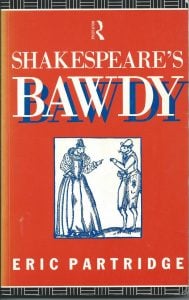 I suspect that high school and college English teachers are aware of what’s really going on with the double-entendres in his plays.  Good teachers share as much of it with their students as they’re allowed, given our country’s lingering Puritan heritage.  But most of us are clueless.

In Shakespeare’s Bawdy, Eric Partridge (1884 – 1979) answers such questions as, What did Shakespeare mean by hobby-horse and potato-finger, or I’ll tickle your catastrophe?  Most of the book consists of an alphabetical glossary of all the words and phrases used in a sexual or scatological sense, with explanations and cross-references. 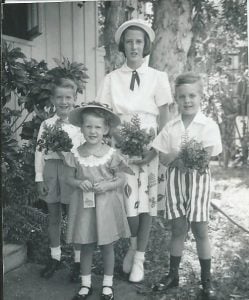 A troupe of Episcopalians dressed for Easter Sunday service

After writing novels about Comanches, Cherokees, Seminoles and Japanese, I decided it was time to tell a story about MY people — Episcopalians.  (aka Anglicans).   I’d never thought of my people as even mildly interesting.  I soon discovered I was as wrong about that as when I first saw Elvis Presley on the Ed Sullivan Show and predicted, “He’ll never go anywhere.”
Once immersed in 17th century British history I learned what a larcenous, libidinous, litigious, lecherous, licentious, lice-infested, rambunctious, smelly lot my people were. 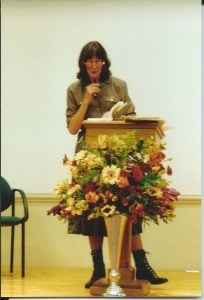 In a talk about Mary’s Land to a Woman’s Club meeting in a church basement, I expanded on just how litigious and lecherous those English settlers were.   I figured they were my people, so I could malign them without being accused of bigotry.  I was wrong about that too.  As I was signing copies of the novel afterward, a woman reached the head of the line and said in a lovely British accent, “Could you write about the French next time?” 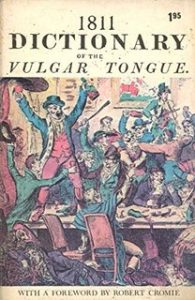 How do we know all this about those early English settlers?  They tell us in their own words.  While writing Mary’s Land, set in 1638, I came across a lot of early 17th-century street slang without the Puritanical filter.  (Here comes the smut, Martha).

My copy of the Dictionary of the Vulgar Tongue is the 1811 edition, but most of the terms were around long before that.  To double check the date of first recorded use I go to Webster’s Collegiate Dictionary, Tenth Edition.  It’s my first choice because it weighs less then the second one, the two-volume Compact Edition of the Oxford English Dictionary, affectionately referred to as the OED.  (Magnifying glass included with the boxed set). 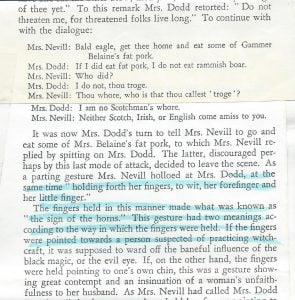 The above text is quoted in Raphael Semmes classic work, Crime and Punishment in Early Maryland.  Here’s the description of his book in the publisher’s catalog in 1938,  “The subject of this book pertains to events, often unpleasant, in the domestic lives of the 17th-century Maryland colonists.”
Oddly enough, I couldn’t find the word “troge” in either the Vulgar Dictionary, the OED or Shakespeare’s Bawdy.  And although Roget’s Thesaurus lists sixty-eight terms for whore, troge isn’t one of them.  Enter the internet.  I discovered this at the Urban Dictionary site:

Troge:  “Someone who enjoys having multiple men inside of her at one time.  Either sexual or not. ”
(I won’t try to find out how that definition could possibly not be sexual.) 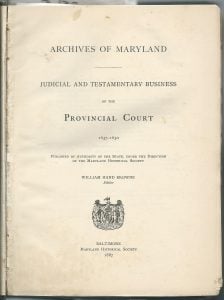 Not only did those quarrelsome early English use colorful language, they faithfully recorded it in their court proceedings.  Those proceedings have been preserved and indexed in great detail in the above tome.  In fact, the settlers of Lord Baltimore’s colony recorded so much of their daily lives in this over-sized book of court testimony from 1637 – 1650 that it weighs five pounds and has 569 pages. 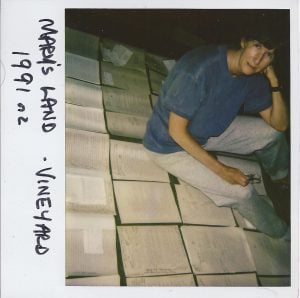 I ended up with 335 bibliography cards for Mary’s Land, and I vowed not to write about local history again.  Way too much information.  However, one of the largest and most interesting sections in my card file was the subject labeled “Insults and Invective.”  I couldn’t put all of them into the novel, but they were too much fun to ignore. 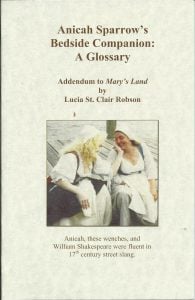 So, I collected a small sample of terms into a nine-page glossary.  Also included on the last page of the booklet is this poem.  It was written circa 1670 by the Duke of Rochester, a favorite of King Charles II.  If you’re easily offended, I suggest you stop reading here.

I rise at eleven, I dine at two.
I get drunk before seven, and the next thing I do,
I send for my whore, when for fear of the clap,
I come in her hand and I spew in her lap.
Then we quarrel and scold till I fall fast asleep,
When the bitch growing bold, to my pocket doth creep.
She slyly leaves me, and to revenge my affront
At once she bereaves me of money and cunt.
I storm and I roar and I fall in a rage,
And missing my whore, I bugger my page.

https://www.youtube.com/watch?v=OxoUUbMii7Q
I don’t know how many times I’ve watched John Branyan do his Three Little Pigs recitation as Shakespeare would have written it. 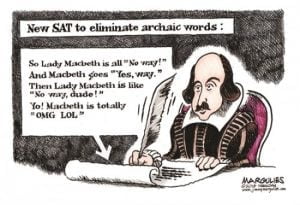 Branyan is funny, but his main point is unsettling: Shakespeare had a vocabulary of 53,000 words.  Can you guess approximately how many most people have today?  Watch his routine and he’ll tell you.