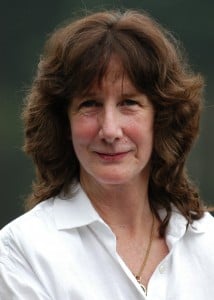 Lucia was born in Baltimore, Maryland and raised in South Florida.  She has been a Peace Corps volunteer in Venezuela and a teacher in Brooklyn, New York.  She has also lived in Japan, South Carolina and southern Arizona.

After earning her master’s degree in Library Science at Florida State University, she worked as a public librarian in Annapolis, Maryland.  She now lives near Annapolis.

The Western Writers of America awarded her first book, Ride the Wind, the Spur Award for best historical western of 1982; it also made the New York Times Best Seller List and was included in the 100 best westerns of the 20th century.

Since then she has written Walk in My Soul, Light a Distant Fire, The Tokaido Road, Mary’s Land, Fearless, Ghost Warrior: Lozen of the Apaches (finalist for the 2003 Spur award), and Shadow Patriots, a Novel of the Revolution.